The three 1/2.8" CMOS Exmor sensors guarantee maximum image clarity and improved resolution. The sensors are positioned at a 45° angle so that you will be able to get sharper diagonal lines. The compactness of this camcorder is a plus, hence, you won’t get tired quickly when moving it from one place to another. Recording 1920 x 1080p footage at 59.94 fps is a stroll in the park, thanks to its XAVC S codec. You can also record HD video footage into random-access media using the AVCHD format, which makes use of the MPEG-4, AVC/H.264 video codec. 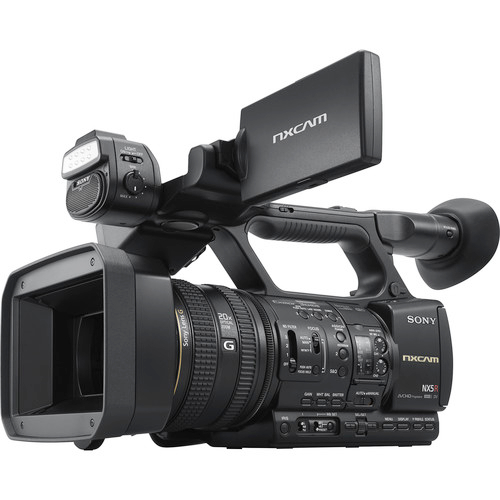 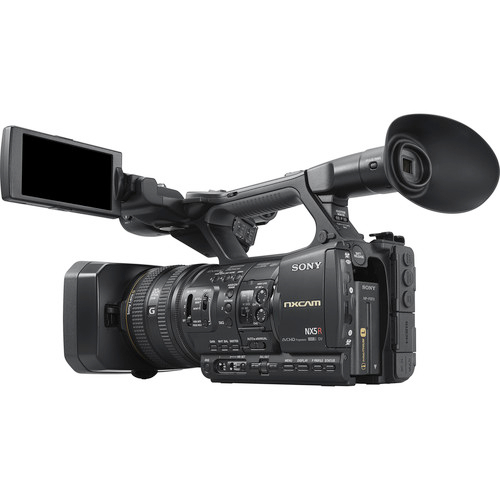 Our Take on the Sony HXR-NX5R:

The Sony HXR-NX5R NXCAM Professional Camcorder comes with the Sony G Lens with 20x optical zoom for optimum effectiveness. It also has the 40x Clear Image Zoom, which guarantees clear and sharp images. If you require additional illumination, you can take advantage of the in-built LED light on top of the lens. There is a 3G-SDI output, which guarantees Full HD 1920 x 1080p video recording at 59.94 fps. You will like its two XLR inputs, which makes professional audio recording possible, supporting line, mic, as well as mic +48. With this cutting-edge device, you can record 720/60p AVCHD, standard definition DV, 60x quick-motion, and 2x slow-motion jobs. 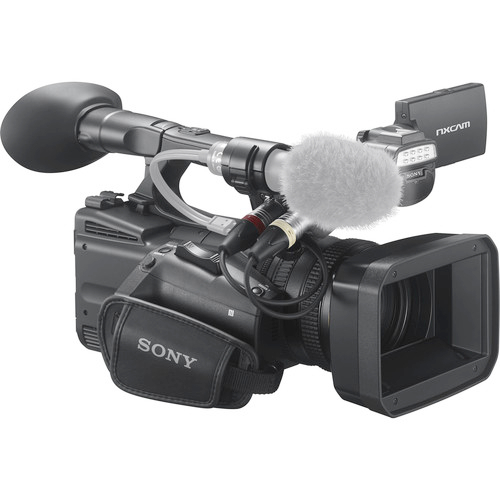 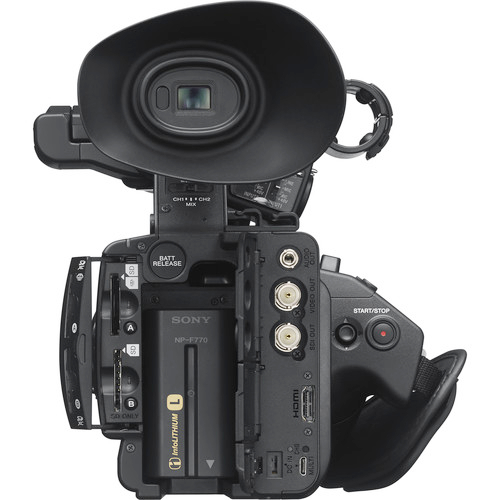 What’s more, with its in-built Wi-Fi, NFC, and FTP, you can easily transmit your recording to the post-production unit while you are still recording. Its CMOS sensors operate without too much noise and poor-light shooting gets high sensitivity, thanks to Sony’s innovative Exmor technology. It comes with two media card slots so that you won’t have issues recording on SDHC/SDXC or Memory Stick PRO Duo media cards. The lightweight of this camera is a plus, hence, you won’t have issues with its manipulation during operations.