Panasonic HC-X2000 can give you up to UHD 4K60 Video for top HD behind-the-scenes and other recordings. Its other features include a 1/2.5" 8.29M MOS sensor, Venus processing engine, 24x Optical Zoom, 48x Digital iZoom, 120 fps Slow Motion, Live RTP Streaming, and so on.

The compactness of the HC-X2000 is a standout feature, and that is why no one can dispute its undemanding manipulation. With its 1/2.5-inch 8.29M MOS sensor, which guarantees 4K resolution shooting, you can be sure of optimum effectiveness at all times. You will like its Venus processing engine that helps in scaling your 4k image so that there will be perfect HD delivery. It supports both HDMI and 3G-SDI outputs, hence, you can be more flexible with its use. Weighing just 3.31 pounds, this camcorder is easy to move from one place to another. 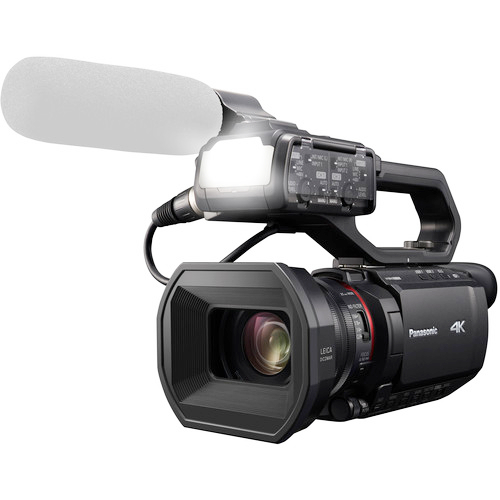 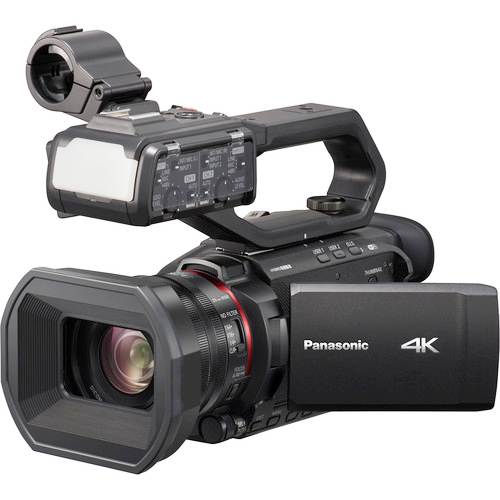 The Panasonic HC-X2000 camcorder produces pictures at broadcast-compatible frame rates, hence, you can rely on its effectiveness. There is an in-built microphone supporting audio recording in up to 24-bit PCM. You won’t mind its Leica Dicomar lens, which comes with a 24x zoom, and its most extensive angle stands at 25 millimeters. It also makes use of the digital iZoom functionality making it possible for you to zoom to 48x. There is the Face Detection AF feature, which makes it possible for you to track your subjects’ faces, and adjust focus automatically.

Also, the HC-X2000 boasts of manual control rings as well as a control dial so that you won’t have issues with absolute control of the camera. With its 5-axis optical image stabilization feature, you can be certain of taking steady shots that will not be affected by a shaky camera. Its 3.5-inch fold-out LCD comes with an exceptional touchscreen with high resolution. It has the capacity of recording in .mov, .mp4, as well as AVCHD codecs, and supports HEVC compression. This camera comes with dual SD card slots making it possible for you to carry out simultaneous and relay recording. 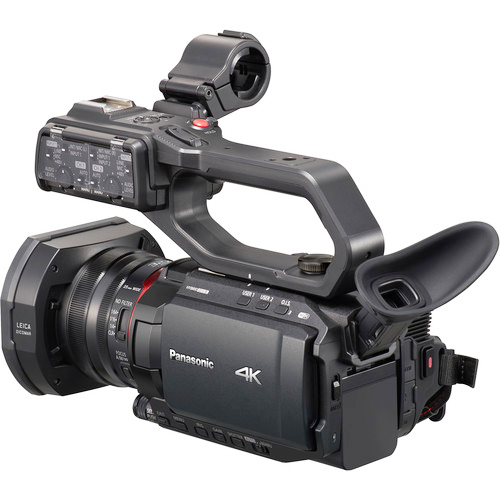 If you want to stream your pictures live, you can stream over 2.4 GHz Wi-Fi via RTP/RTSP/RTMP/RTMPS streams. There is a removable VW-HU1 top handle unit, which offers two 3-pin XLR inputs, hence, you can easily change from line to mic or +48V phantom power. There are distinct volume control knobs so that adjusting volume will be a stroll in the park. With its LED light solidly built-in front, flawless illumination of your subject becomes a child’s play, and you can dim the light following your requirement.