Playing with family and friends at home is a piece of cake as the main unit stays on the Nintendo Switch Dock for an undemanding connection to your TV. You can lift Nintendo Switch from the dock to continue playing on-the-go, meaning that nothing can interrupt your fun. Through the sharing of Joy-Con, you can compete with other players while you are not in the vicinity of the TV. There is the tabletop mode made possible by the built-in kickstand, which helps with the propping up of the system. That is why it is one of the most coveted game consoles in the market presently. 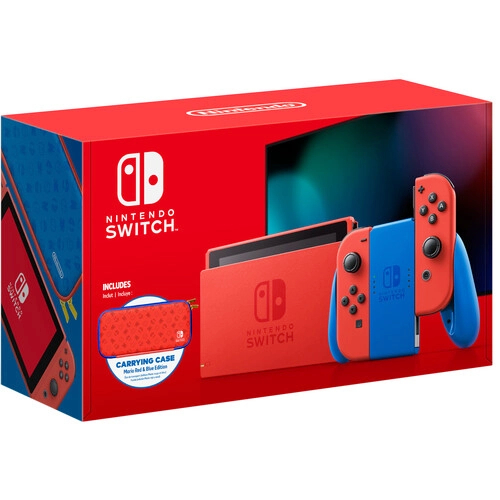 Our Take on the Nintendo Switch Mario Red & Blue Edition:

The Nintendo Switch Mario Red & Blue Edition boasts of the color of Mario, Nintendo’s iconic character, a carrying case, and screen protector. It makes it possible for you to try new play styles by detaching the removable Joy-Con from its sides, and you are good to go. With the possibility of connecting eight Joy-Con controllers, you won’t have issues engaging in different gameplay options. When you use the Joy-Con controllers together, they replicate conventional inputs of past platforms, including A/B/X/Y buttons and directional buttons (in place of a d-pad), dual two analog sticks, as well as four shoulder buttons.

Also, you can use each Joy-Con as a single controller to get the most satisfactory result. This method of playing places the Joy-Con (L) and Joy-Con (R) on the same layout. When you hold a Joy-Con horizontally, you can use the top SL and SR buttons as shoulder buttons. To make these buttons more prominent, you only need to attach the included Joy-Con Strap. You will find the Capture Button on the Joy-Con (L), which helps you to take screenshots of your gameplay. You can edit the screenshots to your expectations before posting them to your social media networks. 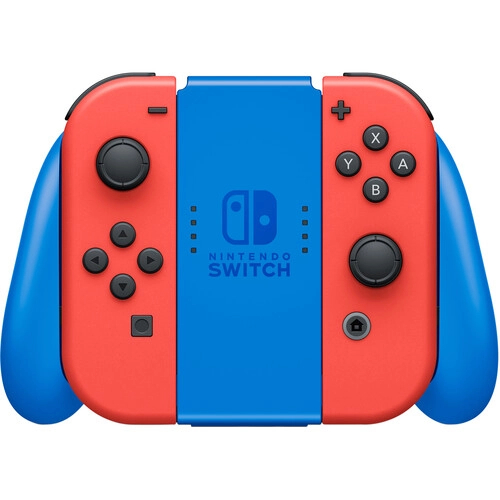 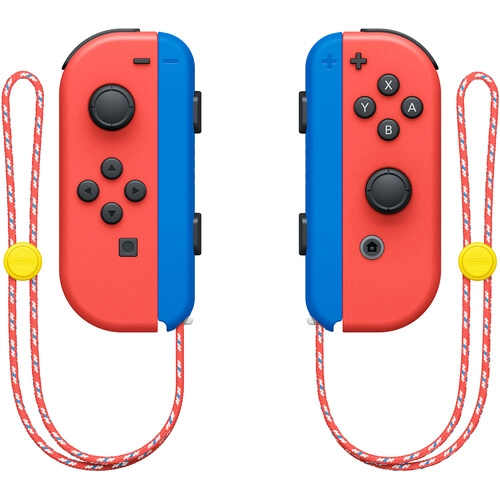 With its 6.2-inch capacitive multi-touch screen, which boasts a resolution of 1280 x 720, you can be confident of a flawless view at all times. If you are using it with the Nintendo Switch Dock, you should expect an output of up to 1080p via HDMI. It has a battery runtime of up to 9 hours but this depends on the game you are playing.