Apple TV (32GB, 4th Generation) features on-board iTunes and iCloud integration so that you can continually enjoy your current library of photos, music, and videos. Its other plush attributes are Built-In Wi-Fi & Ethernet Connectivity, Apple AirPlay & iCloud Integration, Supports Up to 1080p via HDMI, 32GB Storage Capacity, A8 Processor with 64-bit Architecture, Rechargeable Siri Remote Control, Siri Search/Multidirectional Navigation, Search Across Multiple Apps, and so on.

Its integration to the App Store guarantees optimum exploration of extra content like movies, TV shows, games, and so on. You will get access to various multimedia content, thanks to the streaming apps such as Netflix, MLB, Hulu, and HBO NOW. There are in-built 802.11ac Wi-Fi and Ethernet connectivity so that you can get seamless access to the internet. Its Apple AirPlay connectivity makes it possible for you to mirror content wirelessly via compatible Apple devices like iPads, iPhones, and MacBooks. You will like its 3.9"-square footprint, which makes placement near your display a piece of cake. 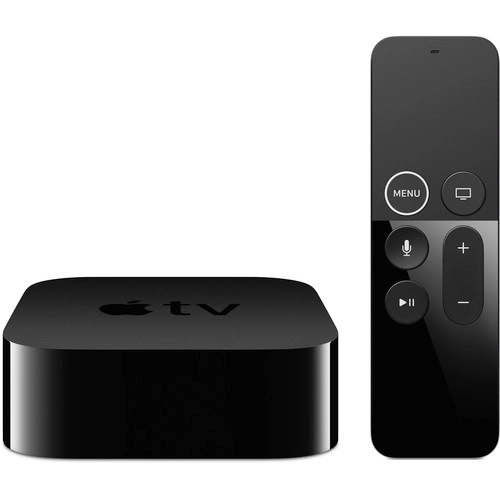 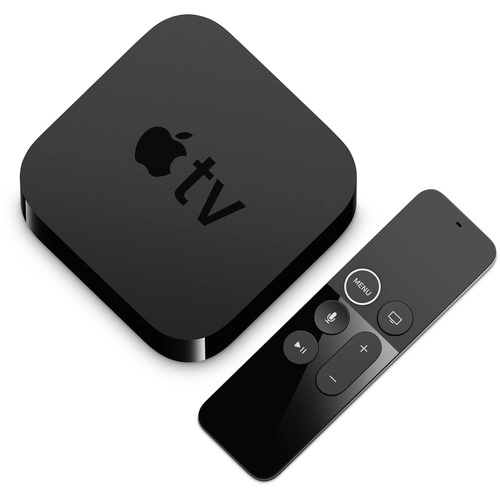 The Apple TV (32GB, 4th Generation, with Updated Siri Remote) links to your display through HDMI with support for a maximum resolution of 1080p. You can watch live news and sports via news apps like CNN and Bloomberg, while NBA and MLB offer the latest in the world of sports. You will like its upgraded Siri remote control, which comes with two microphones so that Siri can hear your commands clearly not minding background noise. You can give Siri multiple commands like ‘control playback’, ‘show sports scores’, ‘check stocks’, and so on.

The Apple TV app is already on iPhone, and iPad, hence, you won’t have issues using these smart devices with the TV. It has the Watch Now feature, which makes it easier for you to watch your best-loved shows. You can pick off from where you left, thanks to the Up Next function, and with the What to Watch feature, you can discover handpicked recommendations for maximum fun. Its iTunes compatibility means that all your iTunes purchases with present rentals show up on the library of your Apple TV app. When a 4K HDR version of an HD title in your library is released, you will get a free update automatically. 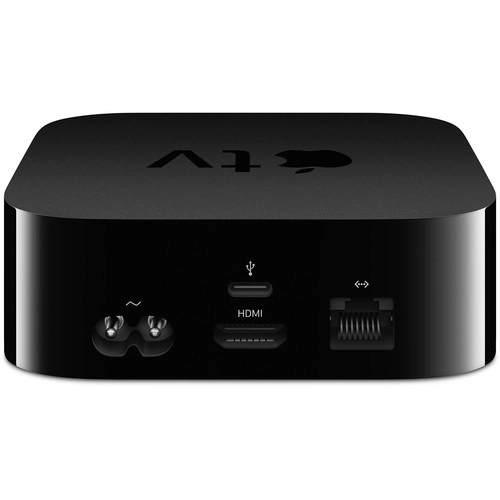 Also, its 32GB storage capacity is a plus, hence, you won’t have issues storing apps as well as other content. With its Apple A8 chip, you can be confident of enjoying a solid platform for interactive games as well as apps. You will get access to more than 40 million songs for partying or just listening, thanks to its compatibility with Apple Music.