Its gleaming f/4 aperture guarantees flawless operations in areas with poor lighting conditions. It has four aspherical elements, which help in controlling distortion as well as spherical aberrations so that you will be able to get the most satisfactory result. With the application of Super EBC coating to individual elements, you can be confident of maximum reduction of lens flare and ghosting so that there can be enhanced contrast as well as color fidelity when operating in areas with strong lighting conditions. Its stepping motor as well as an internal focusing design guarantee swift and noiseless autofocus performance for both stills and video applications. 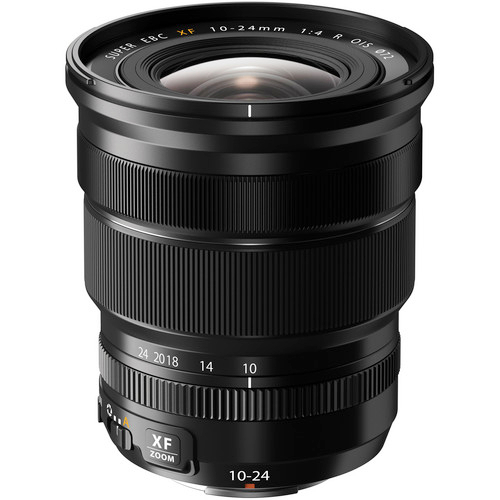 The FUJIFILM XF 10-24mm f/4 R OIS Lens is specially designed for APS-C-format FUJIFILM X-mount mirrorless cameras with an equivalent focal length range of 15 to 36 millimeters. It comes with a seven-blade diaphragm, which helps in enhancing selective focus technique as well as the use of shallow depth of field. Hence, this lens is popular among professional and amateur photographers who want to take their game to the next level.

With its maximum aperture standing at f/4, and minimum aperture at f/22, it is one of the most popular lenses in the market right now. Its focal length range stands between 10 to 24 millimeters, hence, you can be certain of capturing images the way you want them. Its angle of view is between 110° and 61.2° making it possible for you to get your shots right at all times. Its minimum focus distance is 9.45 inches or 24 centimeters, which guarantees effective coverage of your subjects. This lens has a maximum magnification of 0.16x so that you won’t have issues getting the perfect view of your subjects. 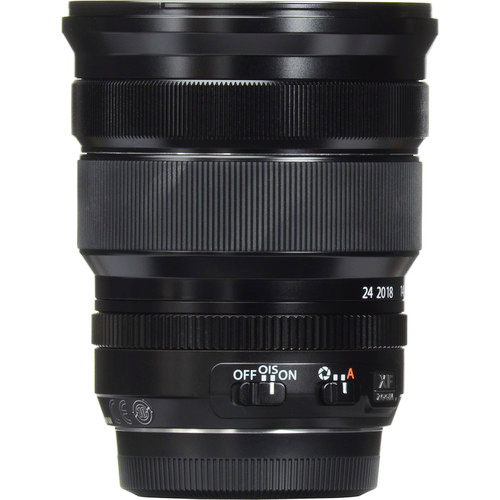 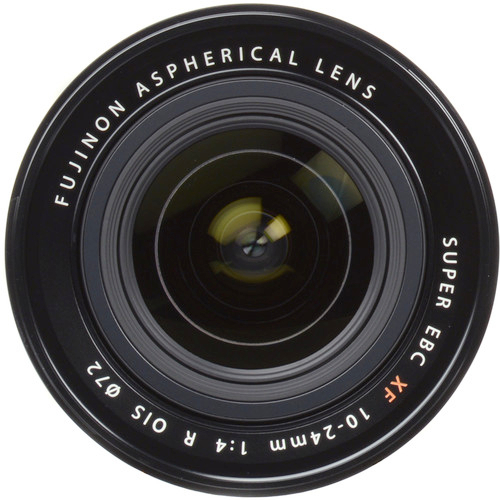 Also, its optical design features 14 elements in 10 groups so that you won’t have issues taking the best shots at all times. Its focus type is autofocus while its frontal filter size is 72 millimeters. Its compactness is a plus, measuring 3.07 inches in diameter and 3.43 inches in length. You can conveniently place it in your bag without worrying about the consumption of too much space. Weighing just 14.46 ounces, this lens is easy to manipulate to get the most satisfactory outcome. It also features optical image stabilization, which helps in reducing the appearance of camera shake for effective handheld shooting.